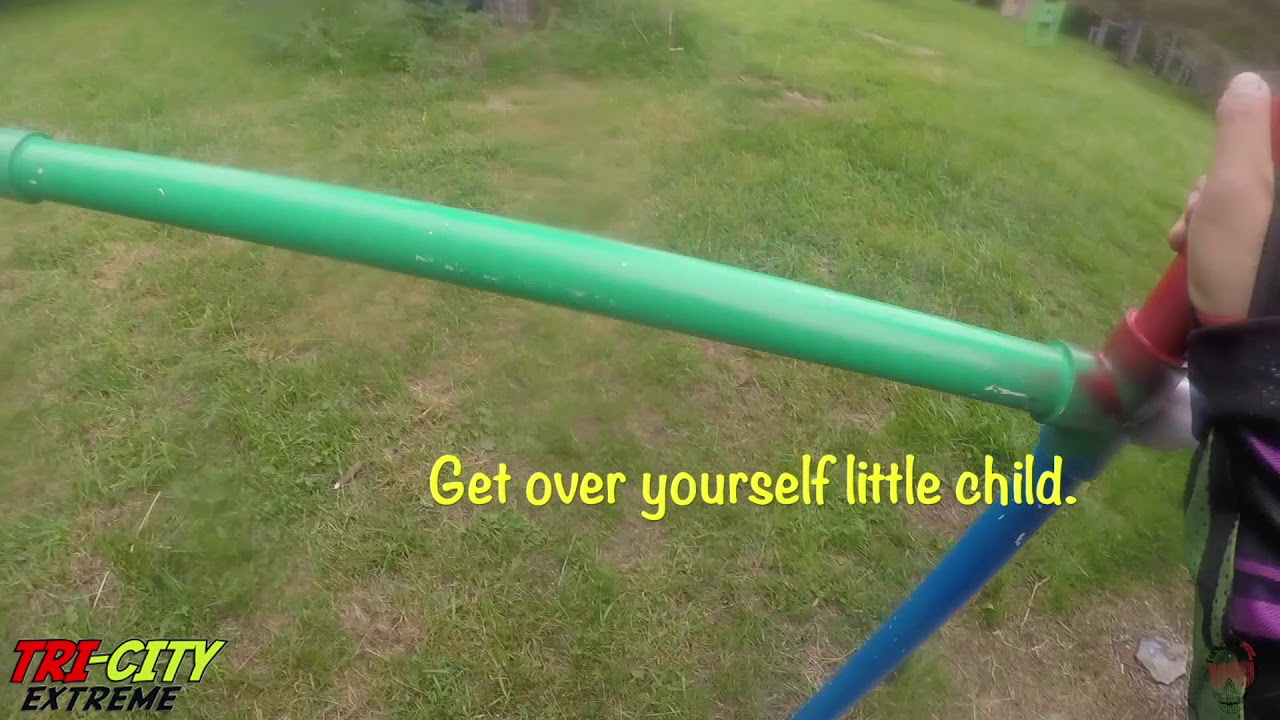 The first clip is a mission form Day 1.
Kinda self explanatory. Luckily, the big guy goes after my team mate and I take out his leg, arm, then for the kill. The women was good, but she was very intimidated and wasn’t confident.

The rest of the video is from Day 2.
A rough start to Day 2. When we finally pushed through. I get to the castle and switch the flags. I get behind two players. Put three into one guy and four into the other. I believe only two broke on the second guy. Two hit the first guy, but only one broke. But he complains that I put too many into him. If I didn’t, he would have been alive and his partner and they would have gotten away. He started swearing, so I had to edit that out. I also get out of character for his overreaction, had to edit that out too. But I get the rest of the flags plus the one behind castle for a total of five flags.

Meet up with some team mates, get separated because my mask fogs up bad again. Head back to the center so my team doesn’t get out flanked. Run into five guys and can’t see where my paint is going.
Maybe could have played that differently, but didn’t have many options.

Use code Forbeszy to get 10% off at checkout.
Has zero calories and zero sugar.
Helps keep you focused and hydrated when its needed when gaming.