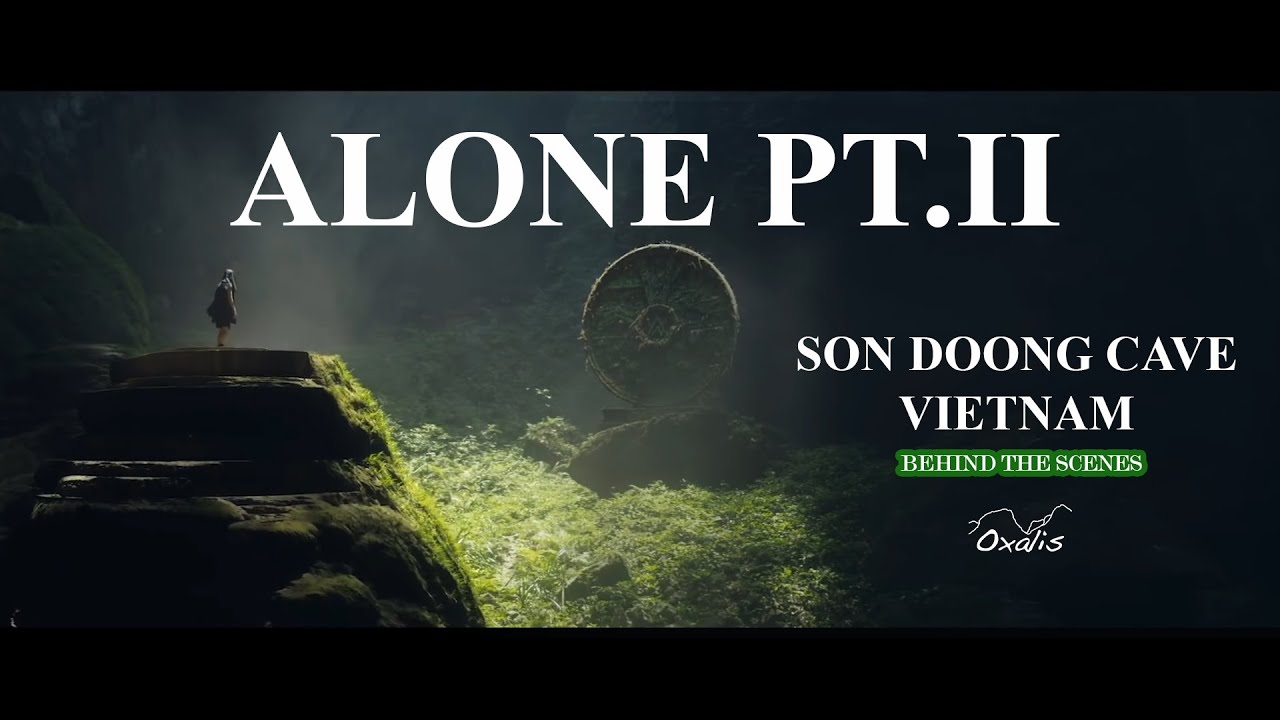 Alan Walker used Son Doong cave for Alone Pt. II and part of Heading Home. Walker #28300 started her adventure from On My way to Alone pt.ii and ends with Heading Home in Angkor Wat.

Being the region’s biggest tour operator and considered a life changer for the locals in Phong Nha, Oxalis Adventure rose to this special occasion with an aim to assist Alan Walker and his team with unconditional support and the best of everything that Phong Nha has to offer!

Apart from sponsoring all the costs incurred like national park fees, equipment, logistics, accommodations, transport rtc. during the entire filming process in Vietnam.

A large porter team of Oxalis Adventure of around 30 people supported the filming process. All the equipment for the film was carried by this team and Oxalis supported Alan Walker and his filming crew with accommodation before and after at the Chay Lap Farmstay & Resort. As mentioned earlier, prior to filming at Son Doong, the filming crew also filmed some shots on the Chay River; outdoor filming on boats on rivers and climbing trees was also supported by Oxalis.

Each member of the filming crew was accompanied and supported by 1 safety assistant and 5 porters while shooting.

Cave Experts Deb Limbert and Martin Holroyd, along with tour guide Tran Quang Anh Vu guided Alan Walker’s production team throughout the expediton to ensure highest standards of safety of the filming crew while inside the gigantic Son Doong cave. The lighting for filming, generators and other necessary apparatus was also provided by Oxalis.

Time management was an important aspect so that the shots were filmed in the best lighting conditions. It wasn’t easy to make sure the correct equipment for the shot was in place at the correct time and everything was charged to ensure all cameras and lights were able to be used when necessary. However, the dedicated team of Oxalis demonstrated their brilliance and ensured a very professional and smooth conduct of the filming process for Alan Walker’s latest song.

Setting up the stunt position and making sure it was safe was a difficult challenge. Apart from this, the really long hours of filming and making sure the Oxalis porters and filming crew were properly fed using take-out food supplied by the Oxalis cooks from the campsite during the filming, as the days were very long indeed. The logistics and time management were the biggest challenges faced as only 4 days in the cave were available and Doline 1 had to be filmed whilst sunbeams were present. This involved 2 long days in Doline 1 of Son Doong.